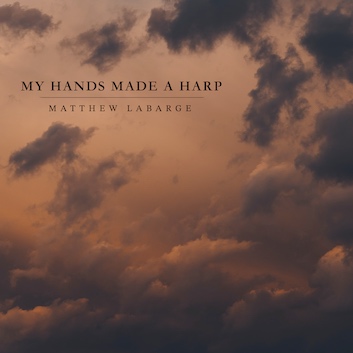 Sow, the first single, is part of the depiction of the pastoral existence of our protagonist.

Sun, the second track, is a further expression of the pastoral and carefree existence of our young protagonist. Our protagonist's name could be anything, maybe Manuela, or Luca, or Sophia, or Reyansh, or Pietro, or Tatsuki, or Maria- but for the purpose of this narrative let us call this person David. The crops are planted and David is enjoying the spring, unaware that his life is going to change.

With Rain, David has learned that he has to leave his pastoral existence in order to serve what he believes is a higher purpose. It is a bittersweet realization, as he loves dearly his current life.

I think of every album that I've made as a single work. Each tells a coherent musical story that encompasses the album from beginning to end with the order of the pieces being critical to understanding the narrative. As well as being individual pieces, each track is a chapter of a musical novel.

This has never been truer than with my next album, My Hands Made a Harp.

But I'm trying something new with My Hands Made a Harp. I would prefer to simply release the album, but in today's listening environment there is an enormous advantage to releasing tracks as singles. I care deeply that this music reaches the people who might love it. To give that a better chance, each track will be released as a single, each six weeks apart. Sheet music will be released for each track on the day it is released.

Here is the release schedule: